9:56pm McLusky To Hell With Good Intentions from McLusky Do Dallas (Too Pure) Add to Collection

Layne Lindroth writesConcert Review: The Head and the Heart at the Peoria Civic Center (2/24/17)

Text and pictures by Layne Lindroth

“Are you enjoying this? We’re trying, I think we’re playing pretty good,” Julien Ehrlich, drummer and lead singer of Whitney innocently asked, drawing laughs from The Head and the Heart fans fumbling for their seats. Ehrlich’s easygoing banter between songs reflected the youthful personality and kaleidoscopic tones of Whitney’s debut LP, Light Upon the Lake.

The darkened Peoria Civic Center crowd continued to collectively bob their heads until the six-piece dove into a cover of NRBQ’s “Magnet”, before which Ehrlich joked again, “You can dance if you want, but I wouldn’t stand up if I were you.” Nevertheless, small groups of new fans jumped to their feet to bounce along, adding some much needed energy to the now packed venue. But it was the bursting trumpet solo that made the room explode with excitement, summoning hoots and hollers from every corner of the theater. Whitney closed their set how every opening act aspires to, with the audience on their feet, singing along to their latest single (“No Woman,” in this case), and excited, of course, for The Head and the Heart.

The main act walked onto a stage heavily decorated with fake plants, curtains, a neon flamingo, and what can only be described as fortune tellers’ crystal balls suspended from the ceiling. The Head and the Heart immediately broke into “Cats and Dogs” followed by “Coeur d’Alene”, the first two tracks of their self-titled album. With a setlist of twenty songs ahead the band didn’t have much time for crowd banter, but the group’s infectious vitality, and songs of course, bridged the gap between performer and audience just as effectively.

Lead singer Jon Russell took a moment to graciously thank the audience for coming to their first show in Peoria, Illinois, his tone of voice humorously suggesting what must have crossed everyone’s mind at some point: Why are we in Peoria, Illinois?

Despite having been on the road almost constantly since July, and booked through this coming summer, every member of The Head and the Heart exuded enthusiasm, a rather refreshing attitude to see on stage. Like so many artists recently, the band took a year off to breathe. They travelled, they slept, they picked up hobbies, and they came back with a new album and rejuvenated love for sharing music. A love so strong that they forfeited profits to do so overseas, tweeting after the European leg of the tour, “We actually lose money when we go over but who cares about that? Worldwide love.”

The album The Head and the Heart has been tirelessly supporting, Signs of Light, carries a theme (appropriately symbolized by the lush stage decor) of seeking out the joys of life. Though some longtime fans were disappointed that the band traded folky ballads for optimistic pop songs, tracks like “Library Magic” and “Colors” incorporate the rich layers of instruments and harmonies that made The Head and the Heart resonate with listeners back in 2011. If anything, The Head and the Heart’s authenticity has grown as they’ve found their identity on stage and in the studio.

So, although the sound may be different, any discouraged fans will be happy to know that the setlists are still consistently comprised of a majority ‘old’ material. Noticeable highlights of the night were early-album songs “Down in the Valley”, an otherwise melancholy tune brought to life by 2,200 singing fans, and “Shake”, which lifted the last seated audience members to stomp and clap along. The night’s closer “Rivers and Roads”, however, was clearly what the masses were anxiously awaiting. Beginning with the humble strums of a C chord and complete with three part harmonies and thunderous drum beats, “Rivers and Roads” built into an epic ode to growing up. Sentimental concertgoers wrapped their arms around one another, swaying until long after the lights came on and The Head and the Heart were on the road again. 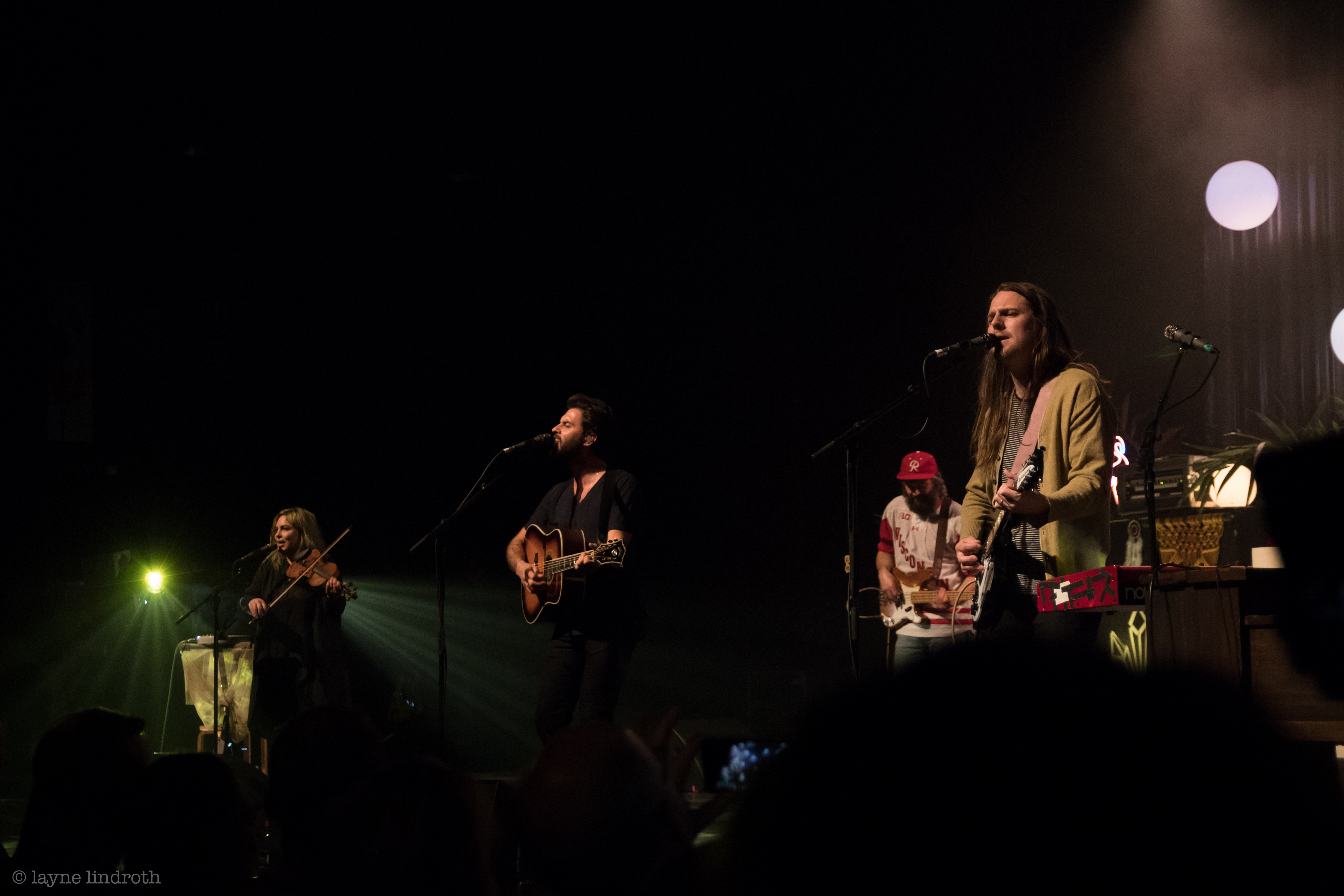 Topics: the head and the heart