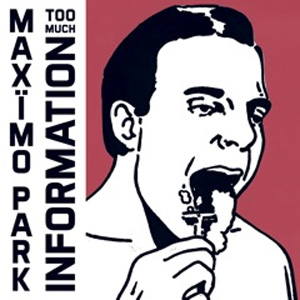 What better way to celebrate the release of an album then by creating a beer to go along with it?

The band Maximo Park did just that with the release of their fifth, and most recent album Too Much Information (released February 3) and the creation of their Maximo No5 beer. Just like the unique way the band celebrated their newest musical release, they are anything but ordinary. The UK based, alternative post-punk band he band consists of Paul Smith (vocals), Duncan Lloyd (guitar), Archis Tiku (bass guitar), Lukas Wooller (keyboard) and Tom English (drums).

The band is named after Máximo Gómez Park (also known as Domino Park), located in Little Havana, Miami. Their fifth album sees the band who was part of the post-punk revival delve into more emotional songwriting and sonic experimentation. Opening for Maximo Park, is the trio, Eternal Summers. Hailing from Roanoke, Virginia, Some would describe their sound as minimal pop, noise pop, shoegaze and post punk. Their most recent release is 2014′s The Drop Beneath. With production by Doug Gillard (Guided By Voices, Nada Surf) and mixing by Louie Lino (Nada Surf), The Drop Beneath brings out the bands 90’s influences such as the early guitar pop days of Radiohead, Blur, Teenage Fanclub, Lush and the early alt-rock of Foo Fighters. They just got done touring with Nada Surf.

This Sunday, May 18 come see Maximo Park with Eternal Summers at Bottom Lounge! The show is 17 and over, the doors open at 7pm and show is at 8pm. Get your tickets here!

Next entry: Weekly Voyages: Friday May 23 to Thursday May 29