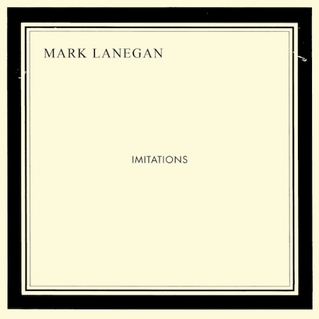 One of the most unique voices in music comes to Chicago as Mark Lanegan, formerly of The Screaming Trees, Queens Of The Stone Age, and The Gutter Twins, takes the stage at The Old Town School Of Folk Music (4544 N. Lincoln Ave) on October 10th at 8pm.

As a founder and lead singer of The Screaming Trees in the Pacific Northwest of the late 80s, Lanegan’s gruff yet heartbroken voice earned the band some distinction on the local scene. And although their music never quite aspired to the “grunge” sound that their Seattle contemporaries perfected they did benefit from the rise of that scene in the early '90s. Their 1992 single ”Nearly Lost You” became a hit on alternative radio after being featured in Cameron Crowe’s film Singles of the same year.

After the band’s break-up in 2000, Lanegan has collaborated with numerous artists, as well as releasing four solo albums of his own, on top of the four solo albums he released in the '90s while still with the Trees. His latest, Imitations, a collection of cover songs, was released on September 17th.

You can watch a new video on Lanegan’s website, marklanegan.com.

Next entry: Join CHIRP for Water Liars at Schubas on Saturday October 12th!