Initials S.G. follows Sergio Garces (the "S.G. in question), a struggling actor who only manages to find work as a paid extra (he's featured in sixteen films in competition at a Buenos Aires film festival taking place in the movie) or as a performer in pornographic films. Suffering anger management issues and a broken nose that seems to bleed at the most inopportune times, this is one character who can never outrun his bad luck. Even an affair with Jane, an American film distributor, can't seem to shake him from his misfortune, as she becomes involved in an event that takes Sergio down a dark path. 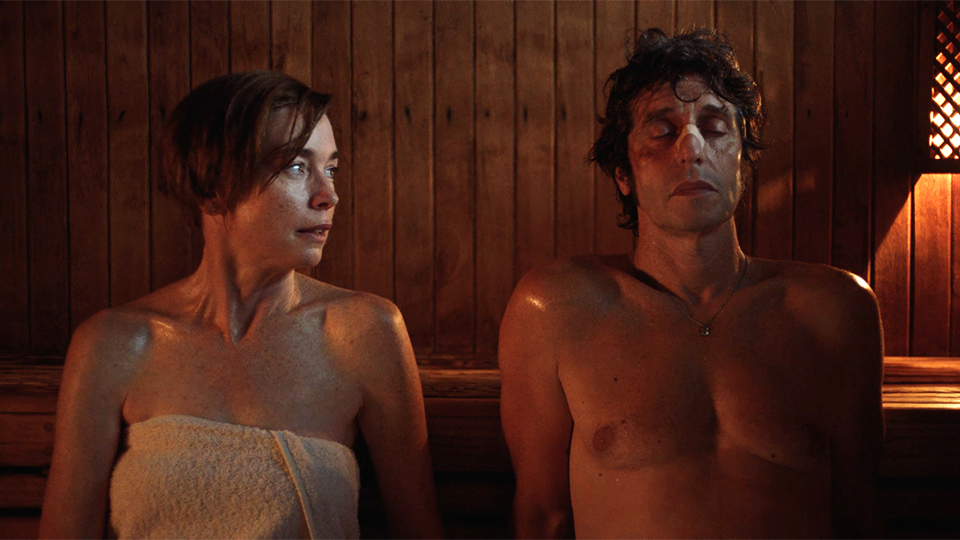 In Instinct, we are introduced to Nicoline, a psychologist who takes a job assessing inmates at a rehabilitation center. Her first patient is Idris, a serial rapist whose smooth demeanor and calm behavior seems to convince all staff that he's ready to be discharged. Nicoline, however, isn't so sure, and believes he is still a dangerous man. Each session she has with him intensifies as power dynamics shift and gender politics seep to the surface. 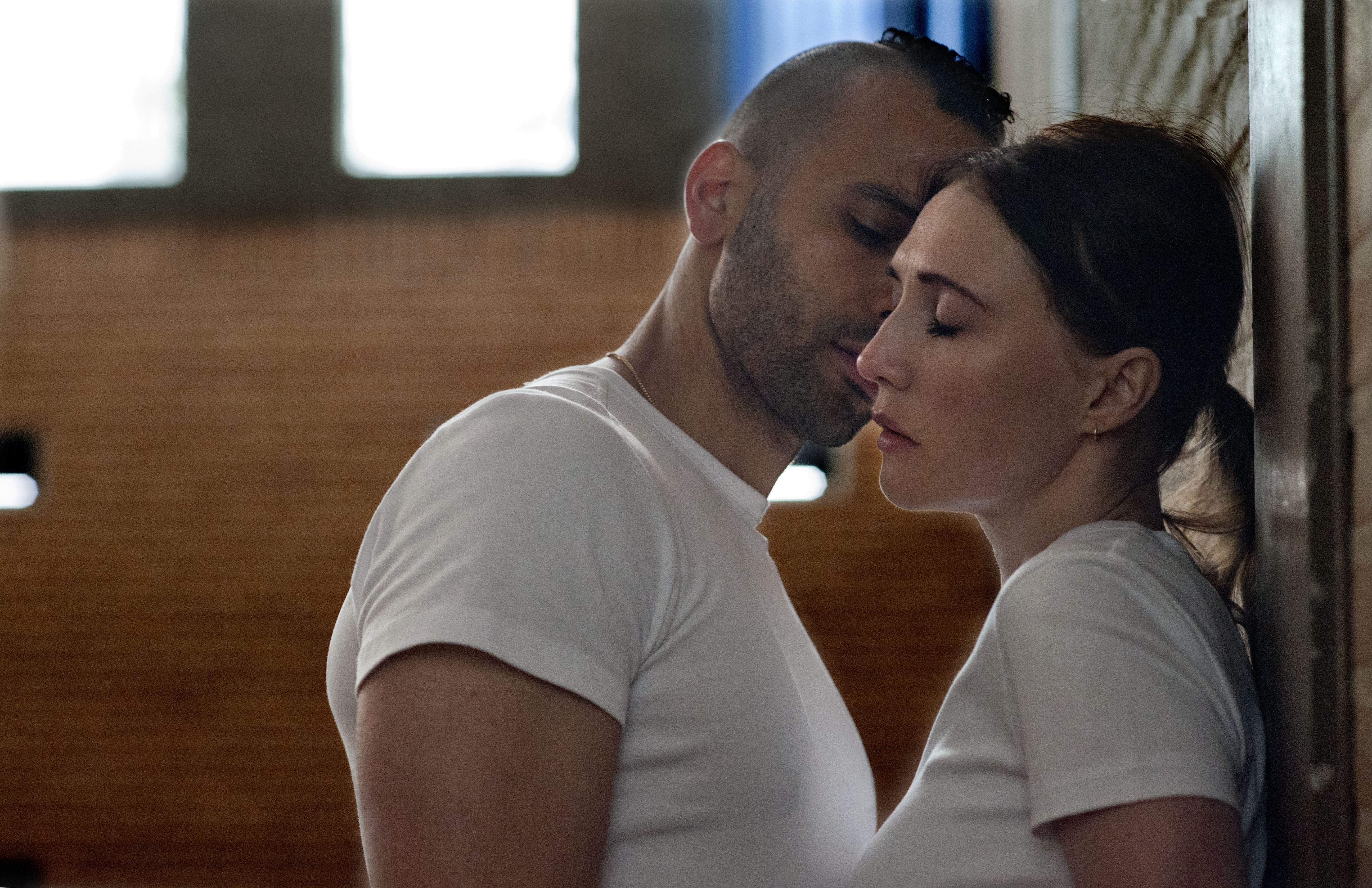 I had mentioned earlier that each of the films uses a little comedy or suspense, as their tones often shift as easily as the sexual politics that come into play. For Initials S.G., it certainly begins as a comedy, with Sergio face down in water, hired as a floating corpse in a body of water, ruining the take due to a fish swimming by his face.

Even the third person narrator, providing the audience with detailed exposition of Sergio's thoughts and feelings, suggests that Sergio's life is comically tragic--that terrible things happen to him in an absurd sort of way. Yet it's the fateful event mid-way through the film that turns this comedy black, and we laugh less with Sergio and begin to sympathize with him.

For Nicoline in Instinct, there is no third person exposition. What is presented to us is what we get, and what we get is an incredibly complex woman. More questions arise than answers, particularly centering around Nicoline's relationships with family, co-workers, and patients. She can't seem to show vulnerability around loved ones, and yet she reveals more of herself to Idris (a well-known rapist), which does not seem very healthy for a professional psychologist.

Their relationships with the opposite sex certainly add to their dimension and vice versa. Sergio may not consider Jane to be "his type," more so a casual romance no different than all the other loveless relationships he's had, but for her, his unfortunate predicament seems to add some spice to her otherwise vanilla, hair-clipped lifestyle. All of this of course only revealed through the third narrator, none of these feelings are ever exposed face to face. He provides her with a thrill, while she keeps him from spiraling out of control.

Idris on the other hand seems to shake Nicoline's feminist foundations. In the beginning, she seems totally capable and self-assured, but when Nicoline meets Idris, she begins to unravel.

A change occurs within Idris too, as his charisma easily controls the darkness within, but the more intertwined his life becomes with hers, we sense the same trouble that Nicoline senses, and how easily that soft spoken demeanor can crumble into primal jealousy at the sight of seeing Nicoline flirting with a male co-worker. They find each other both seductive and threatening, tension rising to a palpable climax.

What's unshakable about "boy meets girl" films is that while they often begin as a study in how men and women are different, they often end with just how similar they can be as human beings: complicated individuals with flaws and desires, filled with varying degrees of ego, with their fair share of damages and feelings of incompleteness directing them to find what (or who) can make them feel whole. It's a successful chemistry that can be applied to any genre of film, be it the darkest of comedies or the most sensual of thrillers.

Next entry: Take Two: “I Put a Spell on You” (Screamin’ Jay Hawkins Vs. Nina Simone)