4:18pm Helado Negro Fantasma Vaga from This Is How You Smile (RVNG Intl) Add to Collection 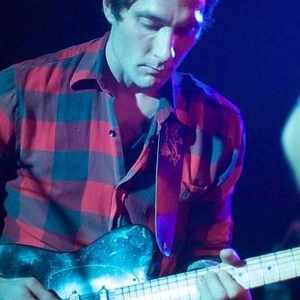 How has your songwriting changed over the years?

I wrote my first songs when I was about 15 they sounded a lot like Nirvana or the pop punk of the time. I would usually write the music first and then hum/scream out a melody and lyrics would come last. I spent most of my time in high school not paying attention to the teachers and writing thoughts/poems/slogans/drawings into a notebook(s) that I always carried with me. I usually pulled lyric ideas from this notebook. With Radar Eyes I wrote most of the early songs by myself in the same manner as above and would bring a mostly finished song to the band to flesh out. This has changed dramatically since Russ, Lucas, and now Nithin have joined the band. Usually Lucas or I will come in with a couple ideas musically and we will slowly form the song as a band. I still have a notebook of lyric ideas but I am taking a lot more time with them for this latest album, it's actually been a very difficult but enjoyable process for me.

Do you have a process for starting a new song or combating writer's block?

I have had writers block and what I usually do is change the instrument that I'm writing on. So, I'll write on bass or synth as opposed to guitar. This usually gives me a fresh perspective. For lyrical writers block I try to just write anything, however nonsensical, and hope that eventually my subconscious takes over and something usuable comes out.

What song or songs do you want played at your funeral?

I would really want my funeral to be a party so maybe something like AC/DC "Highway To Hell."