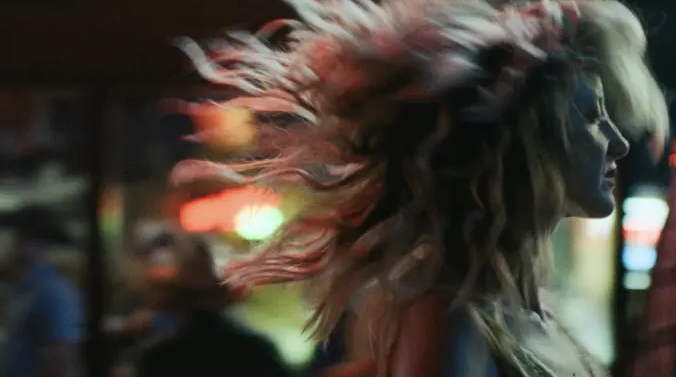 There were plenty more rounds to come. Six years later, Leslie is homeless and penniless, and has gone from famous to infamous in her community. She's a local laughingstock to some, but far worse in the eyes of Nancy (Allison Janney) and French (Stephen Root), who had to raise Leslie's 13-year-old son James (Owen Teague) after he was abandoned during one of his mom's benders.

Most people can only start to turn around their lives once they hit rock bottom. So what constitutes the bottom for Leslie? It ain't getting evicted from a motel. And it ain't getting booted out of James' (now age 19) apartment after she pilfers his home for cash to fuel her continued drinking.

Like flotsam on the beach, Leslie eventually washes up on the doorstep of Royal's (Andre Royo) motel, where she meets Sweeney (Marc Maron), Royal's harried but kind property manager.

Against the better judgement of Andre (and his own), Sweeney offers Leslie a job as a custodian in exchange for room, board, and a few bucks. But somehow Leslie's alarm never wakes her up on time for work; she still hasn't hit bottom. She'll soon get there, just before she burns her final bridge.

The concept of redemption is a common story trope, but what isn't discussed as often is the notion of penance. We celebrate those who rebuild their lives after personal failings, but at what point is it acceptable to ask for forgiveness from those who've been wronged?

How much should we hold a person's past against them? Leslie's life is one of blown opportunities, weakness, and self-pity, and while the audience might firmly be on her side during the climb back to sobriety, her neighbors will understandably have harder hearts. So what's fair here?

To Leslie revolves around Riseborough's acting chops, and she sells the part of a terminal drunk. Scrawny, wild-eyed, and completely washed-out -- it's a brave performance, and you can actually see the color return to her face when she gets serious about trying to pick up the pieces of her life.

Maron's Sweeney is a bit harder to figure out. Exactly why is he so sympathetic to Leslie? One guess is that his friendship stems from profound loneliness. One of Sweeney's first get-togethers with Leslie consists of microwaved dinners in front of the TV, and you get the impression that this had long been his daily routine by the time she showed up.

Is it odd that the spirit of small-town Southern Americana was captured by British director Michael Morris? (On that note, Riseborough is English herself!) Lord knows that Hollywood has served up its versions of countless foreign lands to the masses, so no judgement here, though I do wonder whether the world of cowboy hats and honky-tonks is in fact what most foreigners associate with the United States. Regardless, Morris crafts an impressive tale in his cinematic debut.