7:53am Tyler, The Creator Are We Still Friends? from Igor (A Boy Is A Gun) Add to Collection 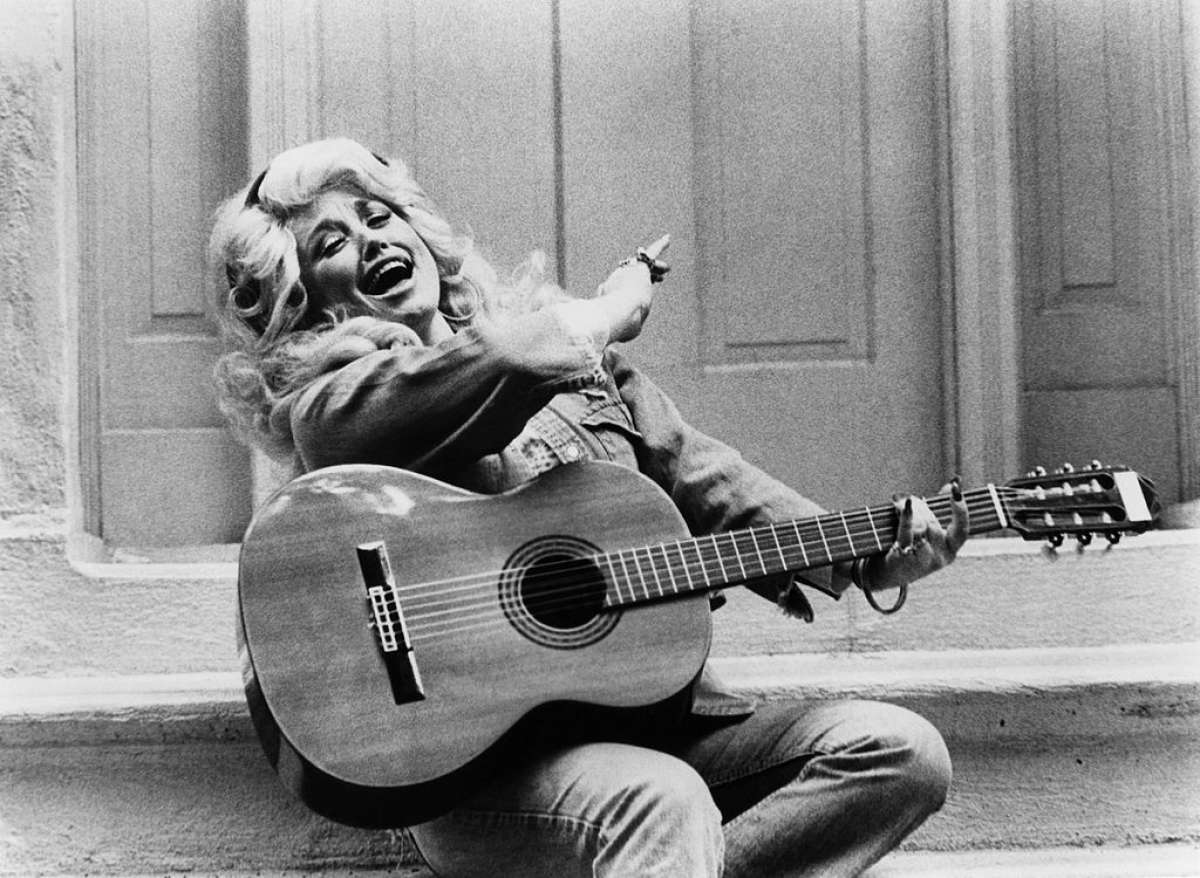 Lord, it’s like 2020 was a hard candy Christmas! We barely got through it, but still didn’t let sorrow bring us way down. How did we pull this off? The answer: Dolly Parton.

Last year, Parton kept our spirits up the only way she knew how: by staying busy! Her elastic work ethic saw the country legend release a Covid-related inspirational song, create a YouTube page to read bedtime stories to schooless children as part of her Imagination Library charity, and close out the year by releasing a Christmas album supported by a television special.

Perhaps the most admirable contribution she made to 2020 was donating $1 million for scientific efforts in creating a vaccine to cure Covid-19. That vaccine—created by Moderna—has since been approved and is now being (slowly yet surely) distributed across the country.

Parton also published a collection of her songs in a coffee table book entitled Songteller. While the book contains nearly 200 titles, she claims to have written over 3,000 songs.

During the early months of the pandemic, I actually challenged myself with listening to all fifty-one of Parton’s albums (all available to stream on YouTube for free), and it made me appreciate just how great of a songwriter she is. She can break your heart with one song, then mend it back together with another.

Despite her bubbly persona, she also has a rather dark streak, having produced songs that’ll leave you absolutely devastated (seriously, try listening to “The Bridge,” “Down From Dover,” or “Me and Little Andy” without ruining the rest of your day).

But of course, I would be remiss if I didn’t focus on the songs that, like Dolly’s welcoming presence, bring a lot of joy. In honor of her 75th birthday, here are ten Dolly songs that’ll keep your spirits lifted during this tumultuous time:

“Now we don’t know what heaven looks like, but we’ve seen enough hell right here and right now.” So begins this song from one of Dolly’s more recent albums, and boy, did she sure say a mouthful!

This bluesy track is a song filled with Dollyisms, with Parton advising that no matter what hard times or dark days you’re facing, keeping the faith will lead you to better days. Fingers crossed we have some in 2021!

Dolly can tell a good story. This bluegrass track is supposedly based on a real person Dolly knew growing up in the Smoky Mountains of Tennessee: a ragged-looking clairvoyant ostracized from her community, well known for using her bag of bones to tell one’s fortune.

Parton’s protagonist finds out she’s related to the old woman, who confesses “these old bones” are “just for show.” As a token of appreciation, the old lady gifts her with the sack of bones but encourages the young woman’s own talents: “You just remember that the magic is inside you, there ain’t no crystal ball.” It’s a fun song, made even more fun whenever Dolly sings in the nasally voice of the old woman.

Dolly has had many duet partners, most famously singing “Islands in the Stream” with her dear friend Kenny Rogers. Yet it’s her collaborations with Porter Wagoner that provide some of her best harmonies, their voices melding so well together.

This song finds them both professing their love by keeping each other’s spirits up: “Let me make a smile out of a frown.” Though Dolly realized she needed to break out from under Porter’s professional grip, she and Porter certainly made good music together, and this song is a perfect example.

A gospel song with a touch of soul, “Here I Am” sounds like an outtake from Elvis Presley’s From Elvis in Memphis sessions or even an alternate version of The Beatles’ “Let It Be.” But it’s all Dolly, declaring herself the answer we’ve been searching for: “Here I am, come to me, take my hand because I believe I can give you all the love you need and more.” Fifty years later, Dolly’s sentiment still holds true.

Dolly has said this song is “for those people who are struggling for some kind of truth.” It’s a song about searching for something higher than yourself, be it religion, identity, or the meaning of life: “I am a loser, that wants to be a winner, you are my last hope, don't turn me away.” It’s a confession, a declaration, a turning point for those who are not perfect, but just doing their best and need a little help.

Despite it’s Gospel leanings, there isn’t a mention of God or Jesus throughout the song; therefore as Dolly says, it’s a song that “really is for everybody.”

The song where Dolly crashes a party! In the late seventies, Dolly began expanding her brand into pop music territory, taking her country roots along with her. The result brought us her smash hit record Here You Come Again, featuring this guitar-twangy tune about a heartbroken woman who decides to “dry [her] useless tears and get [her]self together” to go check out a party happening—where else?—two doors down.

During a time when having a party is the LAST thing anyone should be doing, it’s at least inspiring to one day return to a time where we no longer have to spend a night drowning in sorrow, but can go out and have some fun again.

Dolly does Disco! After proving she could be a crossover success, Dolly ventured more into the pop sound of the late '70s, jumping on the Disco bandwagon.

What starts off with a little saloon piano playing, soon builds to a vibrant brass section with scattered disco beats. “There’s no use in fighting this fire igniting, so stand back and watch the sparks fly,” Dolly belts, showing off a Disco Diva attitude that could rival the likes of Gloria Gaynor or Donna Summer.

Dolly might be one of our more premier songwriters, but she’s not above covering other great singer-songwriters. She’s taken on the likes of The Beatles, Bob Dylan, The Temptations and even Led Zeppelin, adding a little spice of Dolly to their classic hits (Parton’s bluegrass take on “Stairway to Heaven” gives it a more gospel edge with the help of a church choir, and honestly, it nearly surpasses the original).

With this folk song, originally performed by Cat Stevens, Dolly gets some help from Ladysmith Black Mambazo, and the result is astounding. When Dolly sincerely asks “Why can’t we love one another?” over Mambazo’s African harmonies, it’s not difficult to believe there’s no reason why we all can’t get along in this world.

Technically, this is a Galantis production, but it belongs to Dolly. The song is nearly halfway finished before you hear the heavenly vocals of Parton, ringing out like a chiming church bell: “When you don’t know who you are, I will find you so easily.”

It’s like something a guardian angel would say, and—who are we kidding—Dolly is probably the closest thing we have to an angel on earth!

This is a song that Dolly refers to as her “song of deliverance.” Thanks to a rollicking church choir that comes surging in at the end, this song reminds us that hope and faith can get us through anything: “I’ve been looking for the sunshine, you know I ain’t seen it in so long, but everything’s gonna work out just fine, and everything’s gonna be all right, that’s been all wrong.” The song’s lyrics hold a positive message we should continually remind ourselves about, and if Dolly believes it, then so should we.

Happy birthday, Dolly! May you continue to be a shining beacon of light for the rest of your days!