8:23pm Fiona Apple Werewolf from The Idler Wheel is Wiser Than the Driver of the Screw and Whipping Cords Will Serve You More Than Ropes Will Ever Do (Epic) Add to Collection

Bonjour! And bienvenue to coverage of the 55th Annual Chicago International Film Festival! I always look forward to this time of the year, when "sweater weather" sees the leaves changing, and the Windy City showcases dozens of films from across the globe. As as avid cinema lover, this is my kind of Christmas!

As always, I'll be reviewing a pair of films with each post, similar in theme or content, yet produced from different walks of life. It's what I love about CIFF: you become exposed to all sorts of cultures without having to travel abroad! Here's today's review:

On the Lam with My Best Bud: Reviews of Adoration and Paradise Next

The "buddy picture" has been a common theatrical draw since Bob Hope and Bing Crosby traveled by camel to Morocco. But not all buddy pictures are comedic in nature, some involve a duo in dire straits running from the law, the mob, or (in the case of Thelma and Louise) the male patriarchy. Sometimes the paired protagonists are star-crossed lovers making a break from their feuding families, and other times they're exact opposites who find common ground on their picaresque journey. No matter what scenario though, this dynamic duo will experience moments of soul searching and camaraderie.

In the case of Adoration (Belgium/France), it's starts out as a simple "boy meets girl" plot. Paul is a teenage optimist whose mother works at a nearby mental institution. On one of his daily strolls around the premise, he bumps (quite literally) into Gloria, as she attempts an escape from supervising staff. It's not long before the two teens become friends, hindering Paul from understanding the reason why Gloria has become institutionalized. 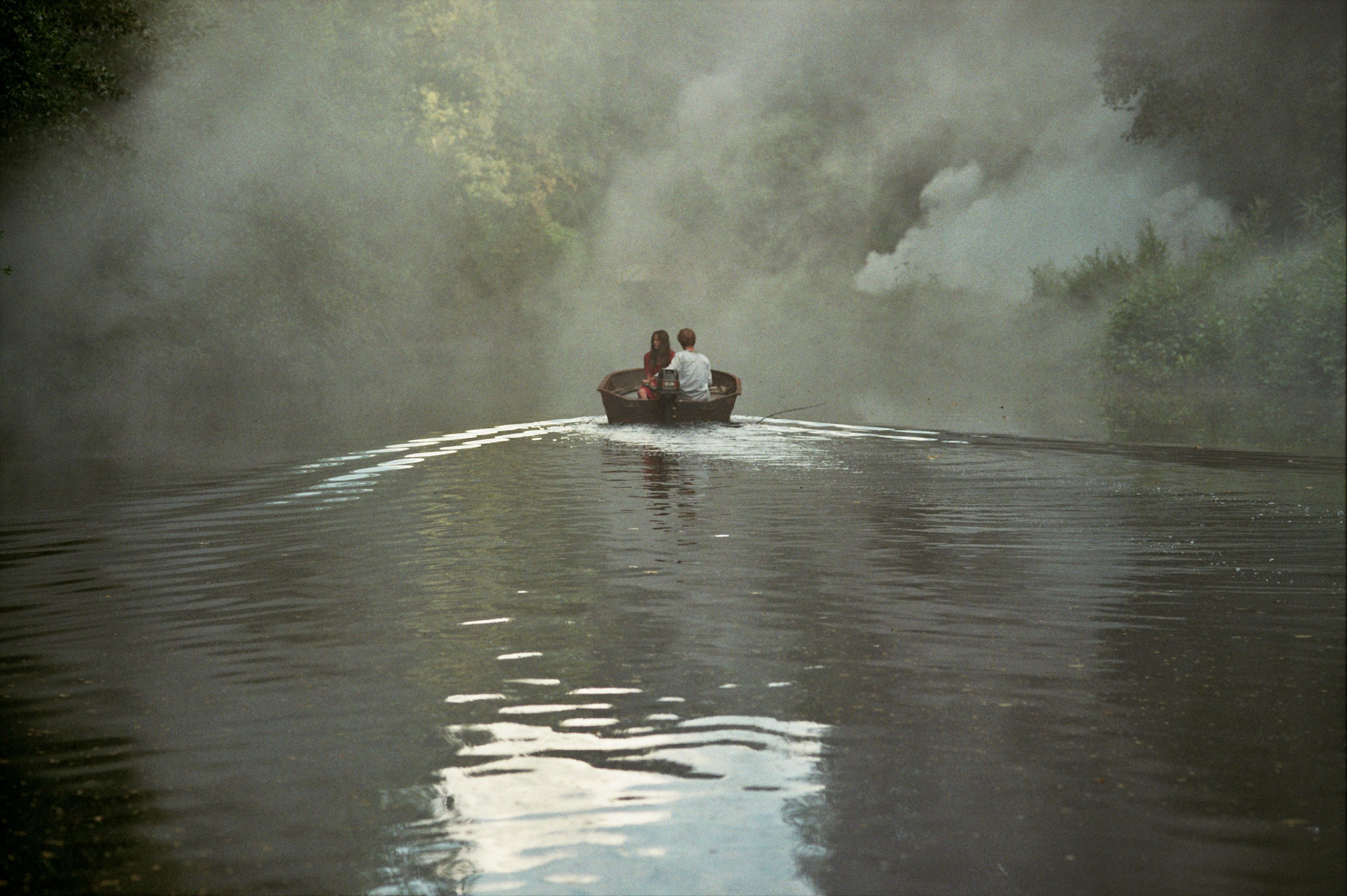 After a daring escape, the two attempt a 6,000 mile trek to Brittany, France in search of Gloria's grandfather to seek protection. As each day passes, Paul begins to recognize just how "sick" Gloria is, testing his trust as well as his friendship.

For Paradise Next (Japan), rambunctious Makino and reserved Shima must flee Japan after a botched job for the Japanese Mafia. Both need to lie low, so the two take a road trip to Taiwan to hide out, befriending a local waitress who lets them to stay in her room mansion, where they attempt to start over as they wait out their criminal fates.

What is it about the open road? While one film considers escape as freedom, the ability to abort control, the other seems to suggest that escape is just borrowing time before the consequences must be rectified. For Adoration, one must continue to move forward to remain free, whereas Paradise Next seems to suggest that the pathway to escape always circles back, ultimately realizing there is nowhere to run.

Directed by Fabrice de Welz, Adoration begins and ends with the sight of a bird, one of the most revered symbols of freedom--who wouldn't love to just fly away?--and as mentioned in the film, a bird must be let go, or else it will die. Each time Paul and Gloria find help along their route, paranoia sets in, and Gloria further loses her grip on reality.

There aren't such metaphors in Paradise Next. There is simply the constant reminder--for Shima at least--that with each step further taken, you're always having to look over your shoulder to see if anyone is following. Can you really outrun your sins, or will they eventually catch up to you?

Yoshihiro Hanro's film seems to suggest that you can never escape your fate. Starting over is never an easy solution, but sometimes it feels like the only answer. Choosing to head out on the open road can lead to varying outcomes, some good and some bad. What these films seem to suggest though, is that no one can leave their troubles behind--those troubles are always within sight of your rear view mirror.

Next entry: Around Town: Inspired