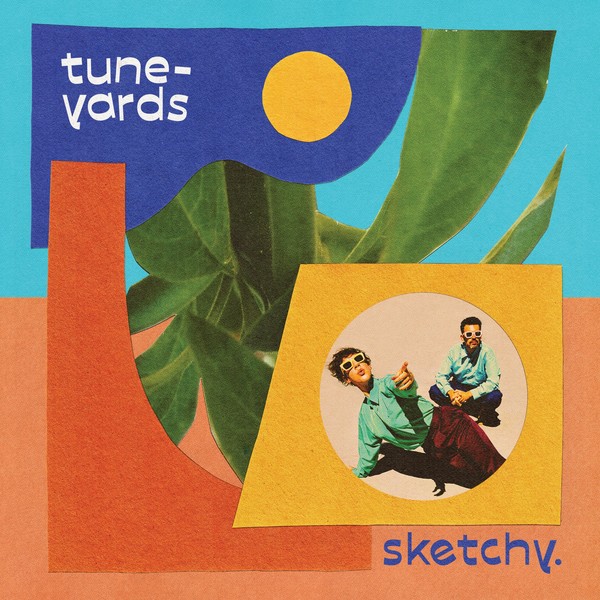 tUnE-yArDs is back with their 5th album, sketchy. This is a decidedly political and decidedly straightforward album for the Oakland duo, as they soften their mosaic-like song structure in favor of a, “Let me be clear,” attitude. Covering prescient, pressing ground, sketchy. demands to be taken as seriously as the moment in which it debuted.

In a recent interview with NPR’s The World Cafe, Merrill Garbus and Nate Brenner discussed the sense of emergency inspiring the album. Though the majority of sketchy. was written prior to the pandemic and the murder of George Floyd,  tUnE-yArDs’ latest release timelessly explores the necessity of community, the sinister, insidious minutiae of white supremacy, and the demand for reparations and reproductive justice through a sober and mature evolution to their sound.

By incorporating literal moments of silence on the album (“Silence pt. 2"), sketchy. forces a  long overdue reckoning with who we protect, who we are failing, and at what cost.There is no hedging here—only a keen awareness of power and privilege. Lyrics like, “My neighbors hold the key to my survival,” from “my neighbor” and “If you cannot hear a woman then how can you write her song?” from “nowhere, man” are razor sharp calls to action regarding climate change and reproductive justice, respectively. At both points, Brenner’s bass remains the leading sound under Garbus’ triumphant vocals. This expert interplay between instrumentation, vocalization, and a swinging spotlight has only continued to grow for the duo, and is put to great use in highlighting the album’s most powerful moments. The literal scoring, or underscoring, of the momentum in community is a pointed and important message as we hurl ever-forward into an uncertain future. It is in that range of dynamics, of knowing when to speak up, when to let the music speak for itself, when to give space for silence, and when to pass the microphone that gives sketchy. its defining voice.

The seeds that tUnE-yArDs planted on 2009’s Bird-Brains were so expertly planted that those same roots provide the structure for an album released under unimaginable global circumstances over a decade later. sketchy. is a proud entry in Garbus’ and Brenner’s catalogue, and powerfully picks sides in a time where there is no room for ambivalence.