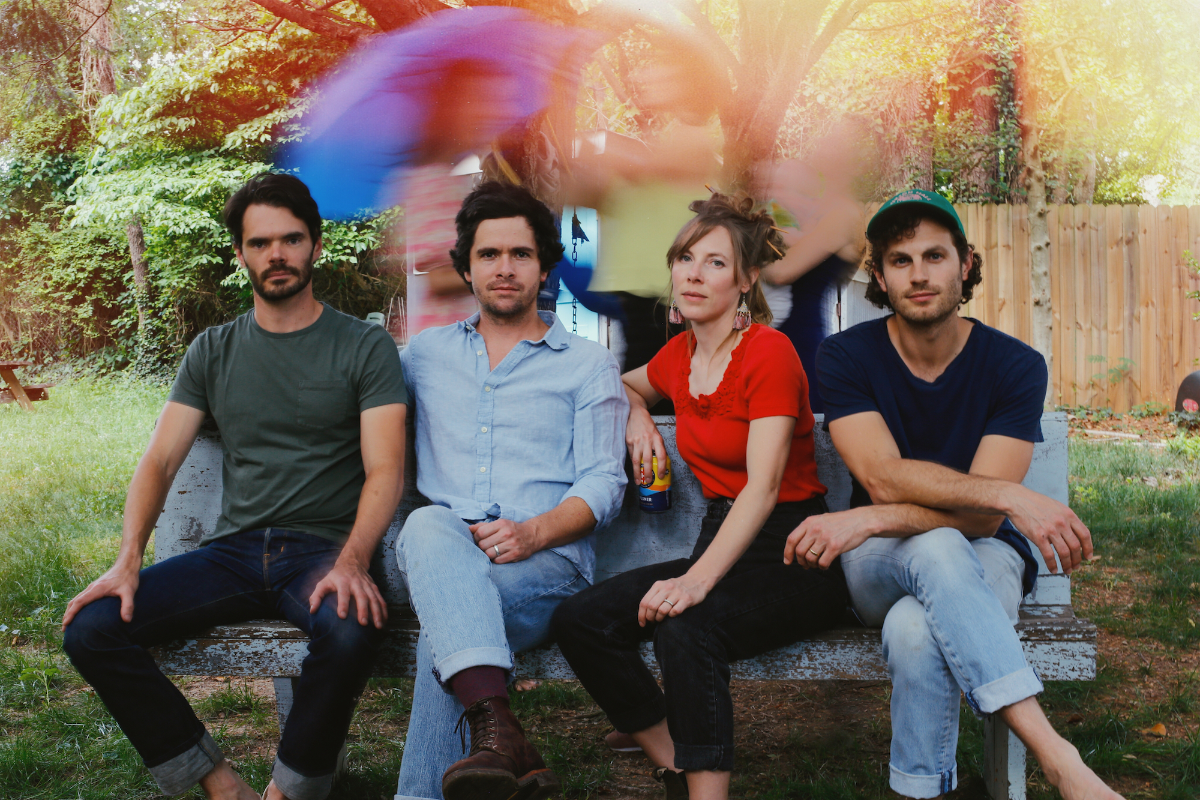 In August 2019, the four members of River Whyless - Halli Anderson, Ryan O’Keefe, Daniel Shearin and Alex McWalters - secluded themselves for thirty days deep in the hills outside Asheville, NC. Their intention was to make a record, the band’s fourth full-length effort, and first without a producer since their 2012 debut A Stone, A Leaf, An Unfound Door. Back then, that constraint was a matter of necessity. This time, it was deliberate.

On Monoflora the band has, in some ways, returned to its more acoustic origins, this album shed of the hard-driving, electrified and/or synthesized outwardness that propelled 2018’s Kindness, A Rebel. But while Monoflora certainly features more acoustic guitar and violin than both Kindness and 2016’s We All The Light, it would be inaccurate (or oversimple) to say that it harkens back to River Whyless’ earlier, “folksier” efforts, like 2012’s Stone and/or its eponymous 2015 EP. The arrangements on Monoflora are, in many cases, more intricate and dynamic than any of the band’s previous work, the instrumentation more eclectic and expansive, the members’ roles as individual musicians more fluid and diverse. In the end, River Whyless is proud of what they’ve made, pleased by the ways this album reflects growth, and for the ways that it seems like a culmination of all previous works.

River Whyless has graced the stages of beloved festivals such as Newport Folk Festival, Bonnaroo, and Hardly Strictly Bluegrass. They have also received critical acclaim from NPR Music, American Songwriter, and Stereogum, among many others.