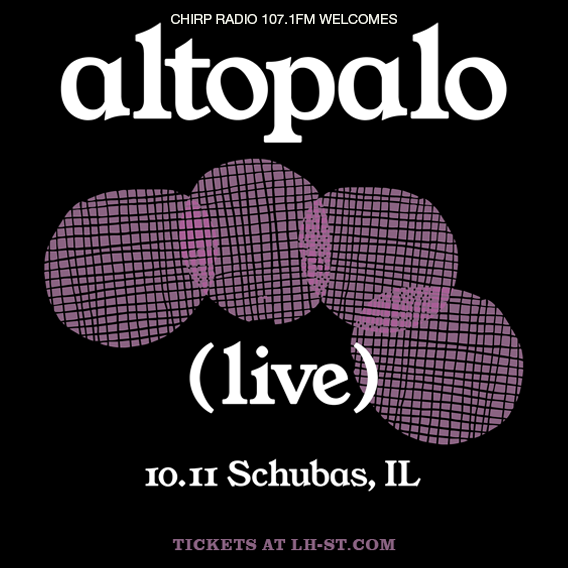 It was touch and go as to whether altopalo would come together to make another album again. Being best friends for over ten years has made them incredibly comfortable with each other, to the extent that their friendship has become more like a brotherhood, a familial kind of relationship with all the strains and hurt that entails.

In the wake of George Floyd’s murder in the summer of 2020, drummer Dillon Treacy decided that he needed to take a step back from the band as the only black member of a group otherwise made up of white people, at least until they could all take some time to reflect. This lasted a couple of weeks and wasn’t something that they publicly talked about on social media, but Dillon’s leave of absence led altopalo to realize how they needed to be with each other in order to make music and relate to each other.

Added to the fact that the pandemic forced the music industry machinery of constant gigging and endless album cycles to grind to a halt, altopalo had to become truly friends again rather than friends who played in a band together. Going into writing frenemy, they were clear that they wanted to make an album that spoke to their relationships to each other; as guitarist Mike Haldeman puts it, “the least dishonest thing we could do is just make music about us. The source material is literally the fabric of our friendship.”

When they started making the album, holed up in lead singer Rahm Silverglade’s childhood home in Indiana, they began watching the 2004 Metallica documentary Some Kind of Monster; what started as a joke, expecting to laugh at the band, became quickly sobering for each of them as they watched Metallica have the same conversations and arguments that they were having. “It was a confrontation of sorts,” Rahm says. “If there’s one thing you should take away from this is that we’re just a softboi version of Metallica,” he jokes.

In a way, frenemy has already done everything it’s needed to do for each member of altopalo. It’s set a blueprint for a healthier way of working and existing with each other going forward, and any other accolades or recognition that it gains from being out in the world are incidental. Rahm jokes that he wants frenemy to end up on a grocery store playlist, which provokes a debate as to whether that would indicate truly making it or finally selling out. frenemy is a frank portrait of a band forced to reckon with their own fragilities rather than sweep them under the rug for the sake of keeping going, and as such is altopalo’s most personal and most triumphant record yet.