CHIRP is happy to partner with the Chicago Film Society to present a 35mm print screening of Disco Godfather at the Music Box Theatre. 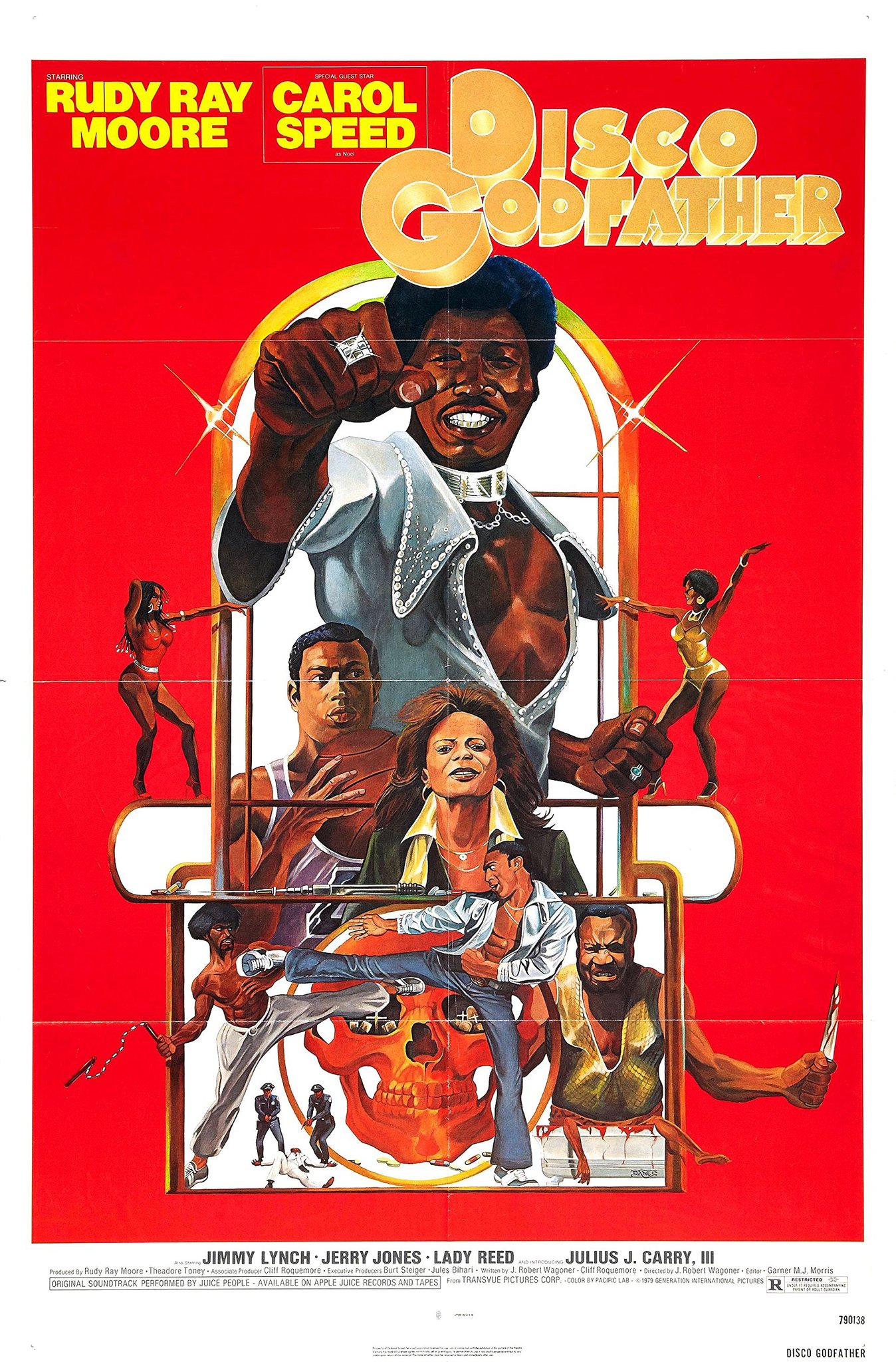 An iconoclastic, revolutionary comedic voice and independent media mogul, king-of-the-party-record Rudy Ray Moore entered another echelon of cult stardom after decades of underground notoriety with the cycle of wild, unruly, independently produced exploitation pictures in which he starred in the 1970s.

After originating the super-pimp folk hero Dolemite and the homicidal stand-up comedian Petey Wheatstraw, a 50-something-year-old Moore found himself closing out his biggest decade by playing a law-abiding citizen for the first time in his career, the titular Disco Godfather, besequined overseer of the hottest dance floor on the West Coast. When his basketball prodigy nephew Bucky ends up in the hospital spun out on angel dust, the Disco Godfather decides it’s up to him to "attack the wack!" and sets about waging a one-man war against the local PCP trade.

A vital document of vintage Black disco culture, Disco Godfather would ultimately prove less persuasive as an antidrug PSA than as a vehicle for squelching bouts of unmoored DIY psychedelia set to a series of killer original dance grooves. As an appealingly homemade and fundamentally unserious riff on kung fu and blaxploitation tropes, it also fell in line with Moore's other independent pictures, more than making up for its budgetary poverty with a goofball exuberance thanks in no small part to the strutting, rapping presence of Moore himself, an electrifying screen personality the American cinema has yet to see the likes of again.