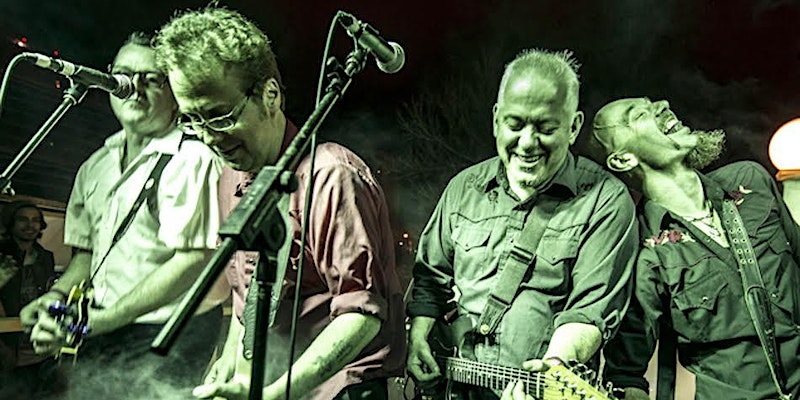 CHIRP Radio 107.1FM is thrilled to welcome the Waco Brothers to SPACE in Evanston on Thursday, 6/30!

"I’ve never been able to find a live band in New York as consistently thrilling and funny and fun as the Waco Brothers." —Author and former Chicagoan Sarah Vowell

You've heard of the crossroads where Robert Johnson made his deal with the devil?

Well, the Wacos race towards the crossroads of punk and country, heedless of speed limits and stop signs. The collisions spectacular, loud, energizing and sometimes messy. We've seen them a three hundred and forty six times, and the Waco Brothers never fail to entertain. Subtlety is for the weak, so they've chosen the path of optimum mayhem and tomfoolery.

"It's so direct and honest, it's almost painful ... All the songs are about sex and death and drinking. If you listen to early George Jones, it's simple, three-chord stuff where the subject is everyday life ... It could be the Buzzcocks."

With an improbable longevity, an impeccable rock and roll resume, and a go-for-broke live personae that can distract from the sharpness of their subject matters, it can be easy to take the Wacos for granted. But what was true at the beginning of the siege remains so today: in these fraught times, no one’s out there writing and performing with the political and personal so intertwined. Like a strange, colorful and possibly poisonous toad that lies dormant in the mud of an Amazonian rain forest, only to emerge when it seems like it’s necessary, the Waco Brothers are needed more than ever.

They are working to save music so you don't have to.