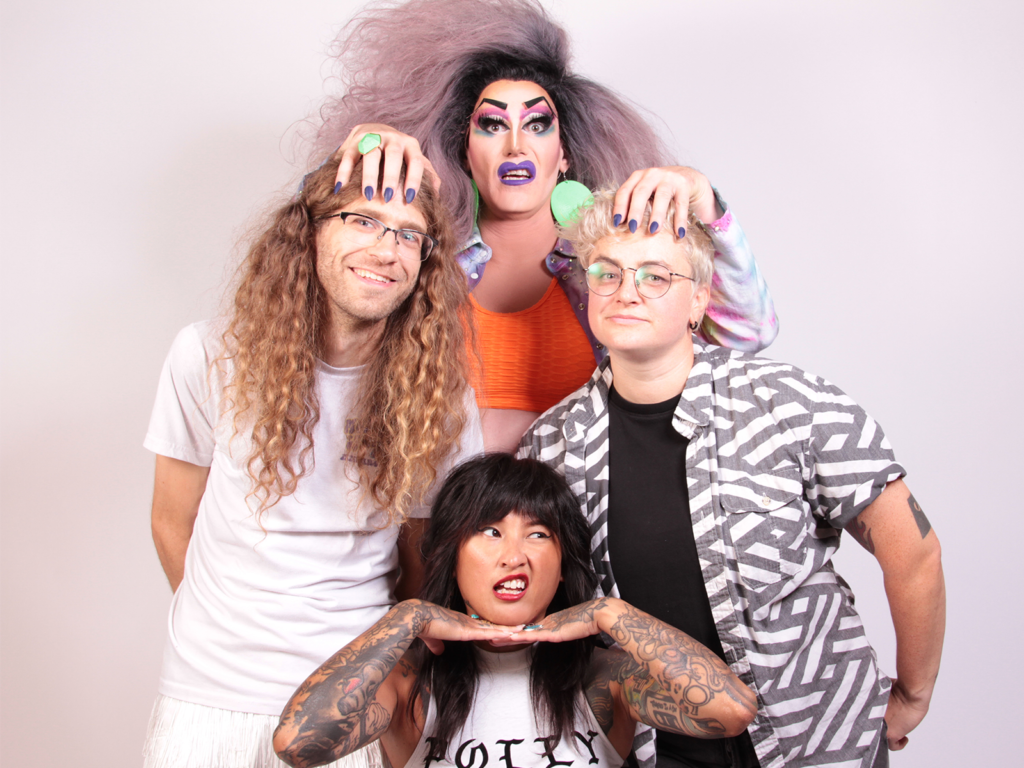 CHIRP is excited to welcome Chicago's own Bev Rage & the Drinks to Schubas on Saturday, 8/13, to celebrate the release of their latest record, Exes & Hexes!

Bev Rage & the Drinks are a loud, fast, and brash queer garage-pop band from Chicago. Fronted by guitarist Beverly Rage, a 7- foot tall drag queen with hair and heels, the band is known for their colorful live shows of all original music. Self-identified as the “friendliest, sexiest, and gayest band in Chicago,” Bev & the Drinks are excited to show the evolution of their sound.

The long awaited sophomore LP “Exes & Hexes” on What’s For Breakfast? Records will be released into the world on August 13th, 2022. Recorded and produced by Brian Fox at Altered States, the album is a departure from their prior lo-fi recordings. The album is bigger, louder, and more complex with the band welcoming new members Mary Rose Gonzales (drums) and Dan Jarvis (lead guitar) into the lineup in 2019. Bev (vocals and rhythm guitar) and Sam Westerling (bass, vocals) round out the band. The new album includes more mature tracks exploring the intricacies of mental health from a queer perspective (“Machines Get Cleaned” & “Confident”) but the fun tongue in cheek songs (“Perfect Guy” & “Hollywood Beach”) that Bev is known for are still peppered in.

Six music videos will be released in the lead-up to “Exes & Hexes” with the first lead single “Permanent Receptionist” being produced and directed by New Trash. Pick up the 11-track album — pressed locally at Smashed Plastic — for the first time at the release show along with some other fun surprises!