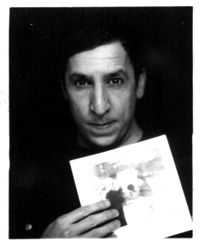 Spending most of his youth collecting sounds on a boombox, radio quickly became one of John's closest friends. Years of dreaming about shiny J-cards and CD longboxes, camped out at Camelot Records, still haven’t been erased by portable credit card-sized convenience. Happiest sitting for hours at home studying & playing records on a collection of turntables, he finally decided to share this ritual with the rest of world. John is a heavyweight fan of rock and roll mythology, horror film psychology, competitive bar sports, and recordings never meant to be heard.