Entries on the topic of “Richard Hawley” 1 results 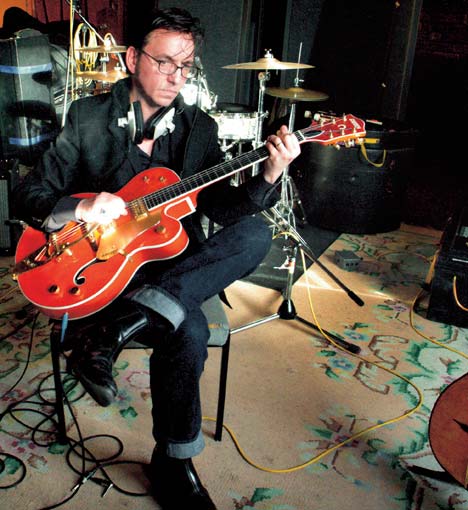 Today is Richard Hawley’s birthday. He first came to prominence with the band the Longpigs, who had a couple British hits in the 1990s. After they fell apart, he did sessions, including playing with Pulp, finally striking out on his own in the early aughts. His second album Lowedges got him some attention with his crooning voice (with a hint of Scott Walker) and lush, romantic songs. Further albums used titles based on places in his native Sheffield as he further perfected his classic sound. And each one climbed higher on the British charts. With his last two albums he began experimented with longer songs, and on last year’s Standing On The Sky’s Edge, he added some psychedelic sounds and wound up with a #3 UK album. Hawley also got to fulfill a lifelong dream by producing Duane Eddy. He is one of the most consistent artists of the past 10 years. In Richard’s honor, please grab your iPod or MP3 player, hit shuffle and share the first 10 songs that come up.