11:26pm Nicholas Tremulis & The Prodigals I Wanna Be Your Dog from Rarified World (Immediate Family) Add to Collection 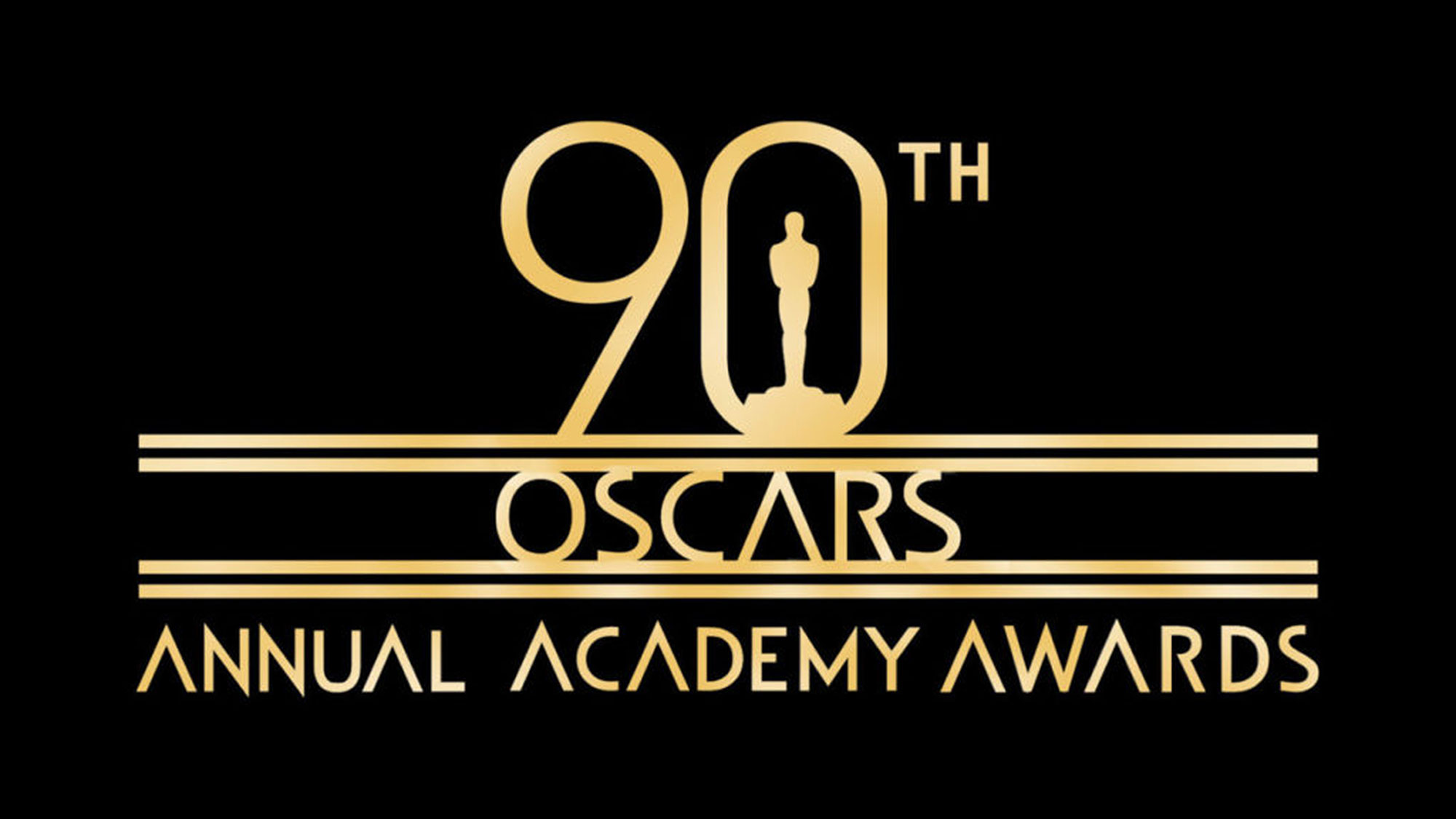 Lights, camera, Oscars! It's time for the 90th Annual Academy Awards, highlighting and celebrating the best films 2017 had to offer. This year's nominees range from basketball legend Kobe Bryant to Mother of French New Wave Agnes Varda, and feature a diverse Best Director category, a first time nomination for a woman in Best Cinematography, and a record-breaking 21st nomination for Meryl Streep, the most nominated actor in the Academy's history.

And this year's list of Best Picture nominees is no different, representing a multitude of different genres and directed by a varied group of talented filmmakers. This year, I accomplished a goal I had previously been unable to complete: seeing ALL Best Picture nominees prior to the telecast. For those of you not as awesome as me, here's a rundown of all Best Picture contenders to catch you up before the awards are handed out!

Call Me By Your Name (aka The Sensitive Film)

Like its predecessor, Call Me By Your Name draws comparisons to Brokeback Mountain, as it is a literary adaptation about a budding romance between two men that screams Oscar gold. Substituting the cold Wyoming wilderness for the sweltering summer heat of Italy, Luca Guadagnino's direction highlights the palpable attraction between teenager Emilio and grad student Oliver, beginning as a friendship that gradually builds into something much more. The chemistry between Best Actor nominee Timothee Chalamat and co-star Armie Hammer is almost as smoldering as the sun drenched Italian countryside and the subject matter never falters into tragedy. The melancholic mood is set by the dreamy soundtrack composed by Sufjan Stevens (who scored a much deserved Best Original Song nomination). Like Brokeback Mountain, the tender love story is anchored well with the lead performances, but the "ick factor" regarding the forbidden love between a man and a teenage boy could hinder the film's chances of winning.

Of all the Best Picture nominees, I was initially the least interested in seeing this film. Ultimately though, I became super invested in this story about Winston Churchill, the notable Prime Minister of Great Britain, and his pursuit in preventing Nazi Germany from taking over the United Kingdom. This is the second film nominated that references the Dunkirk evacuation (more on that below) and also recounts a time in history when the entire world was in peril. As rousing as Joe Wright's swinging camera work is, the film's liveliness stems from one source: Gary Oldman. A character actor who has brought to life such cultural figures as Sid Vicious and Lee Harvey Oswald, Oldman can now add Churchill to his resume of remarkable performances. Buried under convincing makeup, Oldman doesn't hide behind the prosthetics so much as he fleshes out the inner turmoil of a newly elected leader with a lot to prove to a nation unsure of its future. If there's one Oscar Darkest Hour will take home, place all bets on Best Actor.

Dunkirk (aka The War Epic)

One of the few smart and engaging blockbusters of the summer that didn't involve over-indulgent CGI or a cast of smarmy super heroes, Christopher Nolan's World War II film is about the evacuation of Allied soldiers from a small French commune in 1940. It's a story told from three different perspectives: air, land and sea, and features very little dialogue from a cast of character actors. Dunkirk has that Nolan brand of suspense (slow-burning and nerve-wracking) that keeps you on the edge of your seat guessing the fates of nameless soldiers waiting for a rescue that may or may not happen. Skillfully edited and directed (surprisingly, this is Nolan's first nod as Best Director), Dunkirk belongs on the same tier as other previous Oscar-winning war flicks like All Quiet on the Western Front, The Best Years of Our Lives, and From Here to Eternity. But will the Academy find it worthy enough to join those classics?

Get Out (aka The Water Cooler Film)

Out of all of this year's nominees, Get Out has the longest shelf life, as its theatrical debut occurred over a year ago and most films vying for Oscar attention tend to get released towards the fall/winter movie season. But thanks to word of mouth and box office stamina, this film proved worthy of Oscar attention. The plot sounds like something straight out of an episode of The Twilight Zone: a black man goes on a weekend getaway with his white girlfriend to meet her seemingly accepting parents, only to stumble upon something quite horrifying. The hard-to-define film has a great chance of winning Best Original Screenplay, but Hollywood hasn't always been warm to films typically placed under the horror genre (The Silence of the Lambs won Best Picture over a quarter of a century ago), and thanks to the Golden Globes fiasco nominating the film for Best Comedy, further confusion could lead to a loss.

Lady Bird (aka The Coming of Age Film)

I've been a fan of Greta Gerwig's acting abilities ever since I saw her in Noah Baumbach's Frances Ha, and now I'm even more impressed with her skills as a director. Set in Sacramento during the early 2000s, Lady Bird examines the relationship between an ambitious teenage daughter and her critical but loving mother as they bicker over everything from college applications to name changes. Gerwig's film takes the usual tropes of a teen comedy and turns them upside down, providing a refreshing and sometimes awkwardly hilarious take of the genre. The lived-in chemistry between Oscar nominees Saoirse Ronan and Roseanne's Laurie Metcalf shows a realistic bond between mother and daughter: fragmented yet unbreakable/rocky yet solid. The movie is a stunning debut worth all the awards recognition, but the Academy hasn't awarded Best Picture to a film involving a mother/daughter relationship since 1983's Terms of Endearment, so the likelihood of Lady Bird securing a win is pretty slim.

Some films can be viewed while muted (I'm looking at you, Wes Anderson!). Paul Thomas Anderson's character study of a brilliant dressmaker whose highly controlled routine is turned upside down by the intrusive presence of a waitress spares no expense with the minute details of its 1950s London setting. With the haute couture dresses delicately designed and the period furniture crafted to the Nth degree, Phantom Thread is a divine feast for the eyes, and yet its true beauty lies skin deep. Thanks to the intoxicating chemistry between Oscar nominee Daniel Day-Lewis (in perhaps his final acting role) and newcomer Vicky Krieps, Phantom Thread is more than just a film about a flawed genius. It's essentially a love story; however, in a crowded field of other complicated relationships such as the interspecies romance in The Shape of Water or the forbidden desire of Call Me By Your Name, Phantom Thread might just fade into the background.

I'm not much of a math person, but I do know one surefire mathematical equation: Spielberg + Hanks + Streep = Oscar Bait. As obvious as that formula is for Academy attention, The Post is definitely worth it. The acting ensemble led by the dynamic duo of Tom Hanks and Meryl Streep is perfection and the relevant theme of protecting Constitutional freedoms of the Press is fitting; however, the not-so-subtle political message seems to gloss over the urgency and importance of the Pentagon Papers event during a time when history appears to be repeating itself. Compared to some of the other nominees as well as its lack of actual nominations in other categories, The Post will more than likely get looked over for Best Picture consideration.

The Shape of Water (aka The Romantic Fantasy Film)

Known mostly for gothic ghost stories and monster flicks, Guillermo Del Toro proved his dramatic merit as an Oscar contender a decade ago with Pan's Labyrinth. Del Toro is back in the race this year with another fantasy, this time involving the unlikely romance between a mute janitor and a sea creature (yes--you read that correctly). Aside from the unusual human/fish-god romance, the movie also showcases Del Toro's love for cinema, including a musical dream sequence reminiscent of a Fred Astaire/Ginger Rogers film (if Astaire had gills, that is). The film received the most nominations this year, which is usually a strong indicator of a film taking home the big prize. Only Del Toro could craft something so bizarre yet moving--which is why his chances of winning Best Director are pretty bankable--but an oddball love story in competition with far more serious entries may hurt this film's chances at winning Best Picture.

Three Billboards Outside Ebbing, Missouri (aka The Dark Horse)

After making a big splash at the Golden Globes, TBOEM (abbreviated for the sake of my carpal tunnel) seems to have snowballed into a valid choice for Best Picture. And why not? It features stellar performances from its cast (look for Frances McDormand and Sam Rockwell to make appearances at the podium), has inspired divided debate between critics and filmgoers alike, and tells a timely story about a vigilant woman fed up with the town's police department in solving the brutal murder of her daughter. She rents three billboards in an attempt to get justice, but causes more conflict between her and the community instead. At times a difficult film to watch (none of the characters are entirely likable), yet remarkable all the same, this film entered the competition with little buzz yet has now swept up both Best Drama at the Globes and Best Ensemble at the Screen Actor's Guild Awards. It just might take the grand prize!

And there you have it: all nine nominees viewed, reviewed, and wagered. Of course, like all the past eighty-nine ceremonies, anything can happen at The Oscars. We'll just have to wait and find out on Sunday, March 4th, which nominee ends up receiving Best Picture of the Year at the 90th Annual Academy Awards. See you on the Red Carpet!

Next entry: @CHIRPRadio (Week of March 5)