8:04am Gentle Sinners Waiting For Nothing from These Actions Cannot be Undone (Rock Action) Add to Collection

Welcome to Music and Malt, a series that examines the intersections where music and beer meet in Chicago.

It was August 2017 and I had just moved to Chicago. Eager to get a taste of the city’s craft beer scene, I headed to Half Acre Beer Company’s Lincoln Avenue brewery one Saturday morning for a tour. Music was playing throughout the brewery. The music continued playing during the tour so that our guide had to project his voice over it. That moment made me wonder if the brewers played music while they worked and the “Music and Malt” blog series was born. I was fortunate to close out the summer with the brewery that sparked this series, attending Half Acre’s 2018 The Big North. The Big North, an annual event held at the brewery’s Balmoral facility, showcases limited edition beers and local bands for a quintessential Chicago party.

When I arrived at Balmoral, the line stretched the length of the building and around the block. Attendees show up early for this party, and with good reason: the beer is first come first serve.
Standout selections included the “2018 Benthic,” a barrel-aged imperial stout with coconut and coffee, the “Red Raspberry Loam,” a fruited wild ale, and the event’s namesake beer, “The Big North,” a peach lacto pale ale. The peach pale ale in particular was refreshing, easy drinking, and it took the top spot as my favorite of the day. 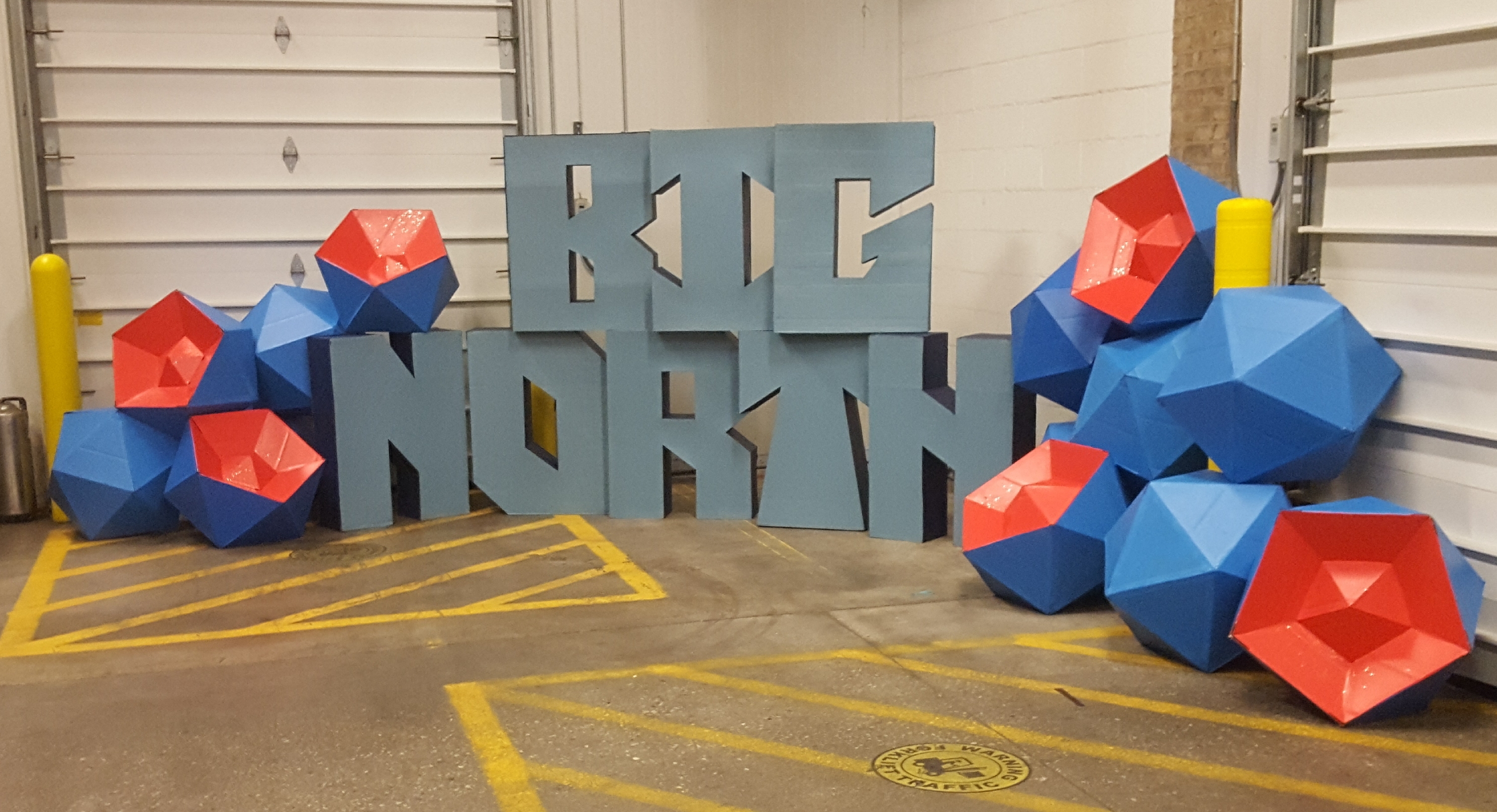 While beer was front and center at the event, it was by no means the only diversion. Live music on an outdoor stage, photo booths, a balloon artist, axe throwing and shuffleboard, local crafters selling their wares, and CHIRP radio came together to fill out the facility’s production space, beer garden, and tap room. And though there was something to see or do to satisfy every sense, the atmosphere remained relaxed. “This is low key,” one attendee told me as we sat at a picnic table scarfing down burgers and chips, “It’s not like other beer events where there’s pressure to hit everything.” 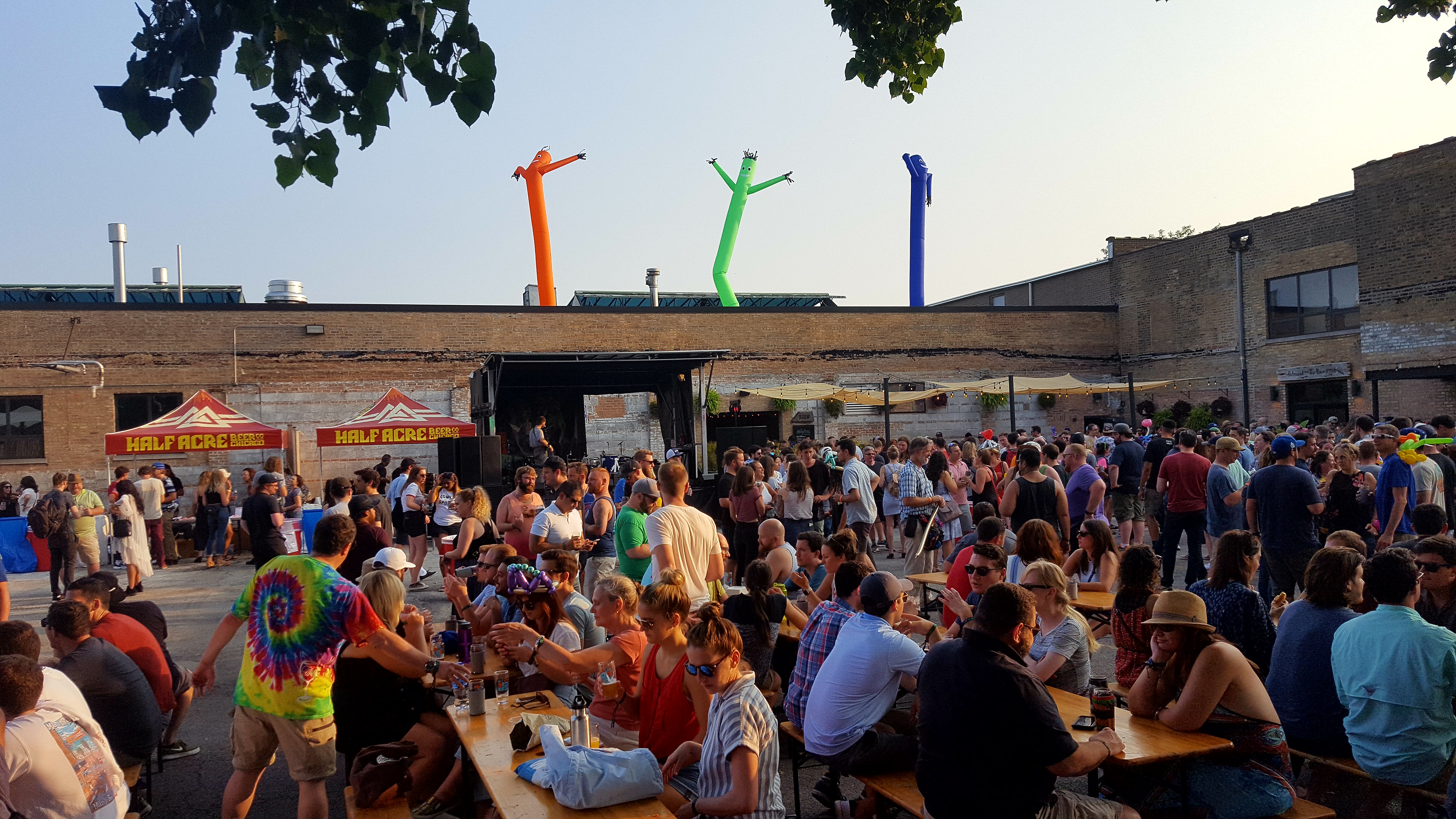 Each of the three Chicago-based bands that took the stage made sure to keep the good vibes coming. First up was dreampop quartet Divino Niño, whose surf rock melodies were a perfect backdrop for sipping brews on a warm afternoon. Dehd took the stage next, bringing the energy with a brand of garage pop that made the thirsty throngs waiting on line for their next beer stop and take notice. Psychedelic outfit Post Animal was the last to play, and they were the perfect cap to the event. Though they would be at home among any number of ‘60s acts who’ve influenced them, Post Animal has turned nostalgia into a fresh, contemporary sound.

And, as the warm afternoon turned into a breezy night, a few people still trickled into the party, while others, riding on their well-established buzzes, took selfies with their balloon animals. I was thankful to get back to the brewery that inspired this series, and I can’t wait to check out The Big North again next year.

Next entry: Brace Yourself for Sparkletears at CHIRP Night at the Whistler!