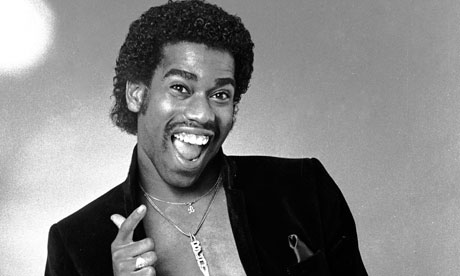 Today, let’s pay tribute to one of the pioneers of hip hop, Kurtis Blow. Blow was the first rapper signed to a major label, and the first rapper to have a certified gold single for his classic, “The Breaks”. Blow ended up recording eight albums, racking up hits like “If I Ruled the World” and “Basketball” while influencing many rappers with his flow. For example, Run of Run-D.M.C. early on got the nickname “The Son of Kurtis Blow”, and he has been name checked in numerous hip hop songs as well as artists like They Might Be Giants and, most memorably by Tom Tom Club in their immortal hit “Genius of Love”. In honor of Kurtis Blow, please grab your iPod or MP3 player, hit shuffle and share the first 10 songs that come up.

Liam Finn – Little Words (FOMO): It took me longer to warm up to Finn’s second album, but he certainly has some of his old man Neil’s melodic chops, but with a bit of a Elliot Smith vibe. This is a simple, whispery melody with nice little sonic touches to embellish the basic tune.

Crowded House – Catherine Wheels (Together Alone): Now here’s Neil himself on this wonderful song from the fourth Crowded House album. This is pillowy soft with a warm melody that is on par with the best of Paul McCartney. But the song isn’t overtly commercial. It’s just an extremely inviting album cut.

The Damned – I Fall (Damned Damned Damned): A fine early bashing Damned number. This is just a bashing MC5/New York Dolls type of number. The production puts Dave Vanian’s vocals way up front, which is odd, but the power still comes through.

Robyn Hitchcock – Autumn Is Your Last Chance (I Often Dream of Trains): Just Robyn and his acoustic guitar at first, with very light bass guitar later on. On his first solo album, Hitchcock’s Syd Barrett influence really comes front and center. This is a lovely tune on an album full of them.

Dogs Die In Hot Cars – Glimpses Of The Good Life (Please Describe Yourself): This British band may have split up after only one album because people thought they were Kaiser Chiefs. These guys were a bit more popper and sounded a bit more inspired by Andy Partridge of XTC. Not necessarily better, but pretty good.

V V Brown – Bottles (Travelling Like The Light): While some of Brown’s debut was retro R & B with new wave polish, some songs were just good British soul-pop. This song fits in the latter category. Her upcoming album is more in the vein of Bat For Lashes apparently, which should be interesting.

The Pursuit Of Happiness – I’m An Adult Now (Love Junk): This is the song that briefly broke this Canadian band. With sympathetic production from Todd Rundgren, this guitar driven rocker brought needed wit to alt-rock radio in the ‘90s, with Moe Berg’s smart (and smartass) observations on growing up.

Act I – Friends Or Lovers (In Perfect Harmony: Sweet Soul Groups 1968-1977): This is taken from an excellent compilation of obscure soul sides. I know nothing about Act I, but this ballad is built on about as basic a piano figure as you can find, and then weaves in horns and strings, leading to a creamy ballad which builds to an urgent chorus. As good as many R & B chart toppers of the era.

Original Sins – Can’t Stop Dancing (The Hardest Way): Not a cover of the Captain & Tenille hit. Instead the future Brother JT and his band play an organ fueled rocker that would put a smile on the face of any fan of The Lyres or The Fleshtones.

The Small Faces – The Pig Trotters (The Immediate Years): Apparently, this instrumental outtake was the blueprint for a song that Steve Marriott later fleshed out for Humble Pie. This would be good movie score music, with a relaxed R & B feel and great work by Ian McLagan on the keys.