9:16am Joan Shelley Forever Blues from The Spur (No Quarter) Add to Collection

Without ever trying, I’ve heard “Blinded by the Light” by Manfred Mann’s Earth Band countless times, and so have you. It sounds like the guy is singing, “ripped up like a douche.” Recently, a friend tried to convince me the disputed lyric is actually “deuce.” I was skeptical. Then he tried to convince me the song is a Bruce Springsteen cover. I was incredulous.

I’m no more than an average Springsteen fan. I was there when he played Wrigley Field in 2012. I didn’t actually see him; I was sitting on the curb on Waveland Avenue. But I liked what I heard; when I wasn’t listening to the girl I was more interested in sitting next to me on the curb. I own used copies of Born to Run and Born in the USA on vinyl, but I’ve never taken a head-first dive into Springsteen’s discography, which is why I’d never listened to his first album: Greetings from Asbury Park, NJ. 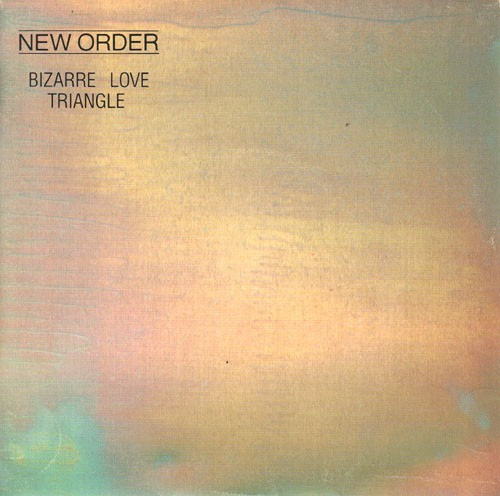 The Original: Quintessential New Order at the height of its ‘80s Electro Alternative Dance-Pop powers. With the thumping drum machines, the waves of synths, Peter Hook’s slinky bass, Bernard Sumner’s lyrics that combine melancholy and ecstasy at the same time. The track has been a dance club staple ever since it was first released in 1986.

Winding your way down on Baker Street
Light in your head and dead on your feet
Well, another crazy day
You'll drink the night away
And forget about everything
This city desert makes you feel so cold
It's got so many people, but it's got no soul
And it's taken you so long
To find out you were wrong
When you thought it held everything…

The Original: A beautifully constructed and polished mix of smooth-jazzy psychedelic Pop from the glory days of Mighty FM radio, punctuated by one of the most distinctive choruses in 20th century music, a saxophone riff that screams Urban Angst.

The Cover: Replace the sax (and everything else) with electric guitars cranked up to 11 and slamming percussion, arranged in the “loud-quiet-loud” pattern of the ‘90s Seattle Rock sound Dave Grohl helped make famous with Nirvana. 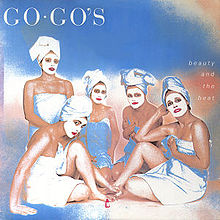 Can you hear them? They talk about us
Telling lies…well, that’s no surprise
Can you see them? See right through them
They have no shield, No secrets to reveal
It doesn’t matter what they say, in the jealous games people play
Our lips are sealed

The First Version: A fun, punky-Pop single by a band that briefly took over America thanks to a great album (1981’s Beauty and the Beat) and the influence of MTV. The song is a perfect sample of the group’s energy and spirited attitude, propelled along by upbeat rhythm guitars, a slithering melodic bass line, and the strong, confident vocals of Belinda Carlisle, one of the more underrated singers to come out of the ‘80s Pop scene.

The Other Version: A dark, moody anthem for all the soon-to-be “Goths” suffering their way through high school. The driving drum beat from the first iteration is pushed into the background by a timpani, and the guitars (except for one that nervously picks a single string all the way through) are swapped out for chamber instruments, including a cello and grand piano. Throw in a ghostly chorus of background singers to accompany the sensitive beta-male lead vocals, and the song sounds like it might have been recorded in a dark cathedral on Halloween night. 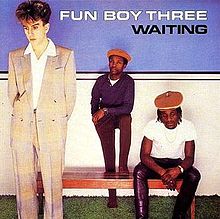 The terms “original” and “remake” don’t apply to these two songs since the versions were created around the same time. Jane Wiedlin, one of the Go-Go’s guitar players, was dating Terry Hall, the lead singer of The Specials, when their bands were on tour together, unbeknownst to Hall’s girlfriend back in England. The two wrote the song together as a reaction to the inevitable sideways looks and reactions that must have resulted from band mates and others. Wiedlin’s version was released first, with Hall’s arriving a couple of years later ( on the 1983 album Waiting) after he had formed Fun Boy Three. The contrast in styles is telling, and amplified by the songs' respective videos – the guy’s version is all indigo and violet, while the gal and her pals are skip-dancing in a fountain in the California sun, would-be scolds be damned.

Although the Go-Go’s version was the bigger hit, both versions hold up very well today, a testament to how well-written the song is. It’s one of the few pop tunes that the cheerleaders driving around in their convertibles and the Emos smoking cigarettes in the park can get into with equal verve.